16th August 2021 – FOOD FACTORY OF THE PLANT!! An activity for students of Grade II. 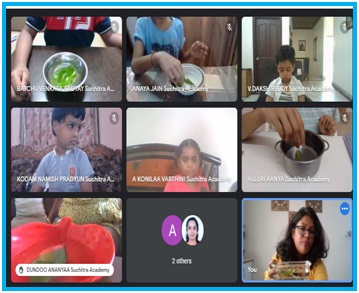 Children of Grade II enjoyed an experiment with leaves on the 16th of August. Children became scientists by investigating. The burning question was “What happens to a leaf if it is placed inside a glass filled with water for two hours?” Our little scientists observed that lots of bubbles formed on the edges of the plants and on the side of the glass. Through this experiment, the teacher concluded that plants release oxygen which is used by human beings when they make food. The children understood the importance of plants and their relationship to mankind. 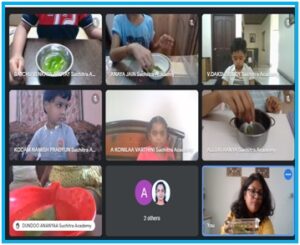